Bondage to Freedom - Churches and Cemeteries 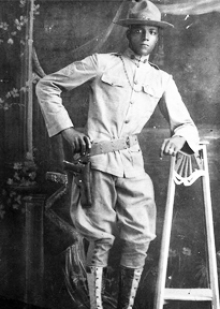 The Emancipation Proclamation called for southern states to join the union…They refused to do so. However, many slaves freed themselves by doing just that on an individual basis. As the Union Army advanced into southern territory, slaves simply walked out of the fields and joined them.
Following the Civil War, Blacks searched for family members from which they had been separated and gathered their families. The 1870 census shows entire families united. Previously forbidden, black marriages skyrocketed. Most African Americans who remained on the same land following 1865 occupied the former slave quarters and became sharecroppers. 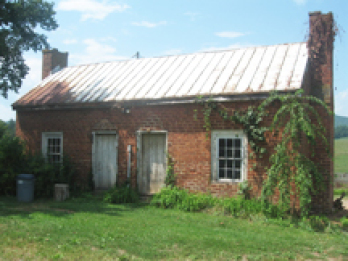 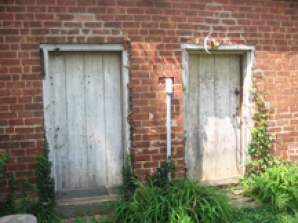 There are two slave houses that we know of that remain to this day. They are both in Brownsburg, Virginia. 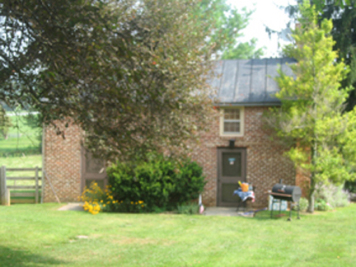 Their reasons for staying were simple, yet complex:
1. They may have been treated well enough by their former owners or at least felt that what they knew all their lives was better than the unknown.
2. There was nowhere to go - This was their home...and their parents’ home…for generations.
3. The years following emancipation were a ticking time-bomb in the southern states. There was the rise of the KKK and Night Riders, the enactment of the Black Codes**, instituted to maintain the status quo, to keep blacks from becoming productive and valued members of society, and working for and in debt to wealthy landowners.
It was all just institutional racism and sharecropping was no exception. African Americans were told that they'd work the land for a salary and share the production with the owner but, in reality, the Black Codes prevented that from working. Sharecroppers eked out a meager existence, barely surviving and quite often had to resort to "taking credit" from white shopkeepers, which indebted them beyond capacity to pay.
Forbidden by law to learn to read or write for hundreds of years, blacks wanted their children to receive the education they’d been long denied. Congress created the Freedmen’s Bureau and, with the help of organizations in the North, began establishing schools for blacks during the late 1860s and early 1870s.
CHURCHES

Lower Long Cane Presbyterian Church. Black slaves went to this church, but went in by the smaller door on the left, which went up to the gallery above the main congregation. Many of these early churches were like this. 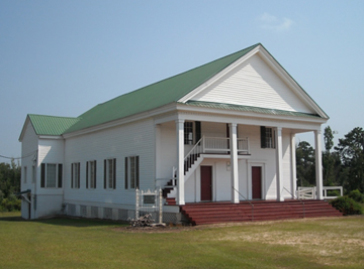 This church is a two story frame building (circa 1840) with portico and external stairs leading to the slave gallery. All of the building material, lumber, brick, pews and pegs were hand made by members of the community. This Church was organized by Alexander Travis, uncle of the Alamo hero, William Barrett Travis. Alexander Travis also served as pastor at the Belleville Baptist Church for 32 years. 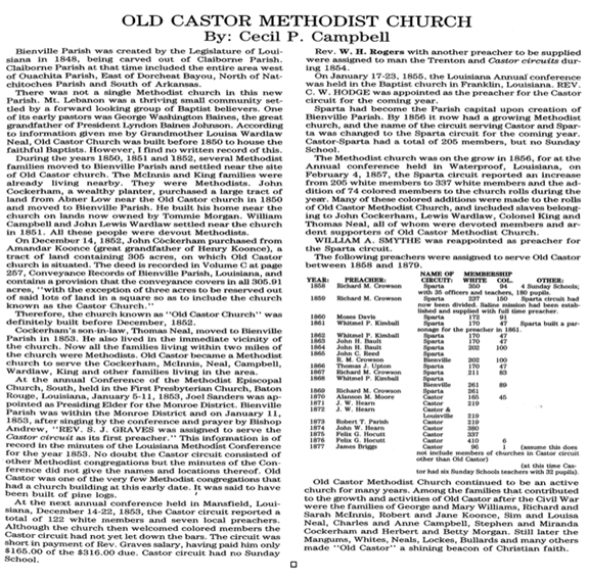 **As blacks tried to put their lives back together and exercise their rights under the Fourteenth and Fifteenth Amendments, politicians and vigilantes used unscrupulous intimidation tactics in an attempt to maintain the prewar status quo.In response to the abolishment of slavery and to the passing of the 13th Amendment, Southern states began to issue Black Codes – Based on the Slave Codes of previous centuries, the Black Codes were purposed to restrict opportunities for blacks, keep them from becoming members of the community, and ensure a stable black workforce for large landowners.
In a sense, the Black Codes were based on fear:
- Fear of black political influence – Blacks outnumbered whites in some states
- Fear that freed blacks would seek revenge on former masters
- Fear that blacks would retaliate by raping white women
- Fear that blacks would ruin the state economy
At the forefront of the Black Codes, were white plantation owners, farmers, and white democrats who wanted to re-establish slavery and return to their pre-Civil War way of life.
The Black Codes outlawed such things as interracial marriage, loitering in public, and unemployment. This allowed white landowners to threaten sharecroppers with eviction if they decided to give up their land. Some Black Codes forced former slaves to sign contracts, requiring them to work for meager wages, and others even required them to work on chain gangs in the fields. Mississippi even passed laws that outlawed freedom of speech and ushered black children into unpaid apprenticeships that led to fieldwork.

There are probably many black cemeteries in these states and we will discover them eventually. For now here is one from the Abbeville, SC area. 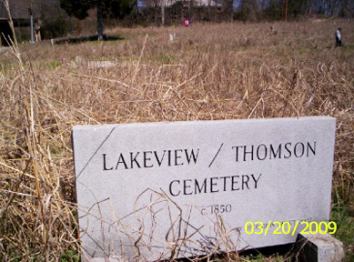 LAKEVIEW CEMETERY, AKA THOMPSON CEMETERY Abbeville, Abbeville County, South Carolina Submitted by Brenda Newton   I recently visited Abbeville S.C. A cemetery in Abbeville has some really interesting history. About 4 years ago the Minister of St James AME Church in Abbeville and his wife (Rev. and Mrs. James Thompson) were riding around the city of Abbeville and happened to notice a couple of tombstones on a tree and bush overgrown lot. They wondered why 2-3 people would be buried people on what appeared to be a tree/brush overgrown lot. So they started asking questions about the lot. What they found out was that it was an old cemetery, an all black cemetery, that was no longer being used. There was no sign, and nothing to indicate that the tree/brush overgrown lot was a cemetery. The cemetery is located in Abbeville, at the intersection of Vienna and Hammond streets. Once the discovery that it was a cemetery was made, Rev. Thompson started a project called “Operation Impact”. The goal of this project was and is to clean up this cemetery and restore some of the tombstones. The men working on this project are from the Abbeville, Calhoun Falls, and Greenwood areas. These men have donated their time, efforts, and continue to do so. Some local folk refer to the cemetery as “Lakeview”, while others call it “Thompson”. After talking with Rev. Thompson, I visited the cemetery. Because of the work done by Operation Impact, I was able to find 3 of my family members graves. Some tombstones were so old that time and weather had worn off the inscriptions, others were crumbled and in pieces. However, about 95% of the tombstones were in pretty good condition and I was able to read the inscriptions and document them. Hopefully someone can find a family member, as I was able to do. Rev. A.M. Wardeaw - b: 1865, d: March 7, 1916 Wardlaw?